Webster Farm & Garden were newcomers to the market in the North Eastern suburbs of Melbourne and wanted to communicate their brand difference from other large, known farm and garden suppliers

Qtr page ads in the local press which communicated their point of difference as being knowledge based. The client had many unique points to communicate and each ad focussed on a single message instead of a standard retail ad. There was a strong focus on being local and servicing local needs.

The advertising raised awareness and presented Webster’s as a unique alternative for local customers seeking local knowledge and service.

*Due to unforeseen circumstances the Webster’s chose to close their shop gates in March 2017. 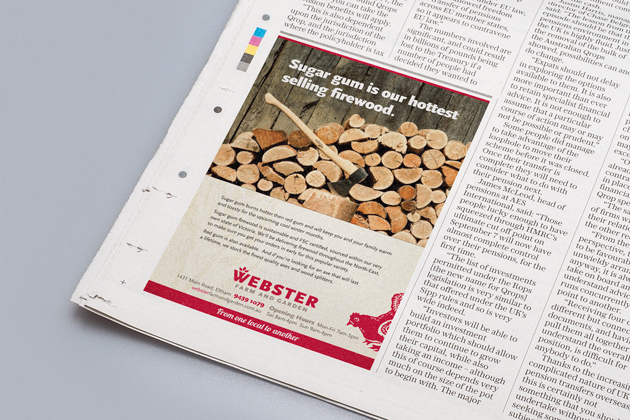 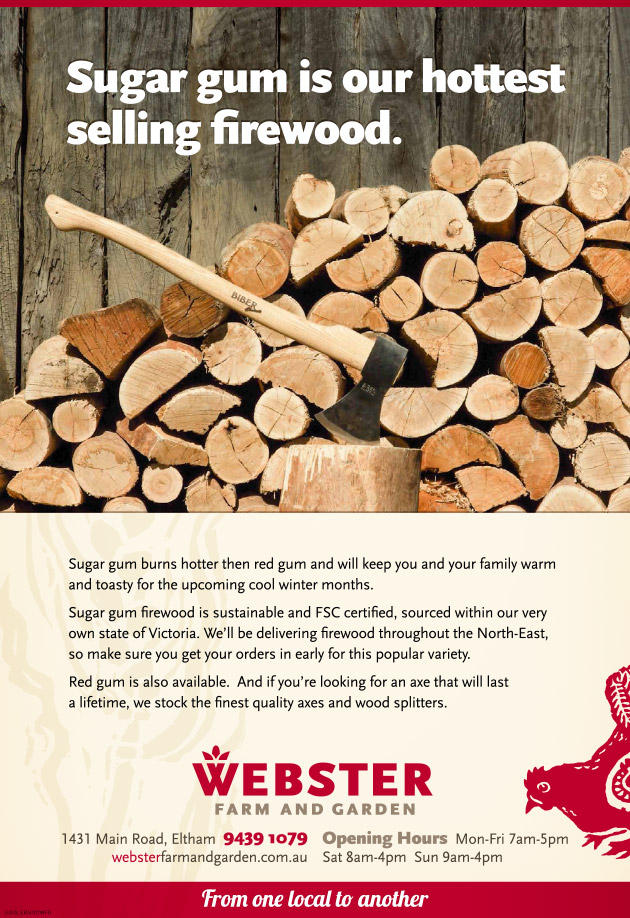 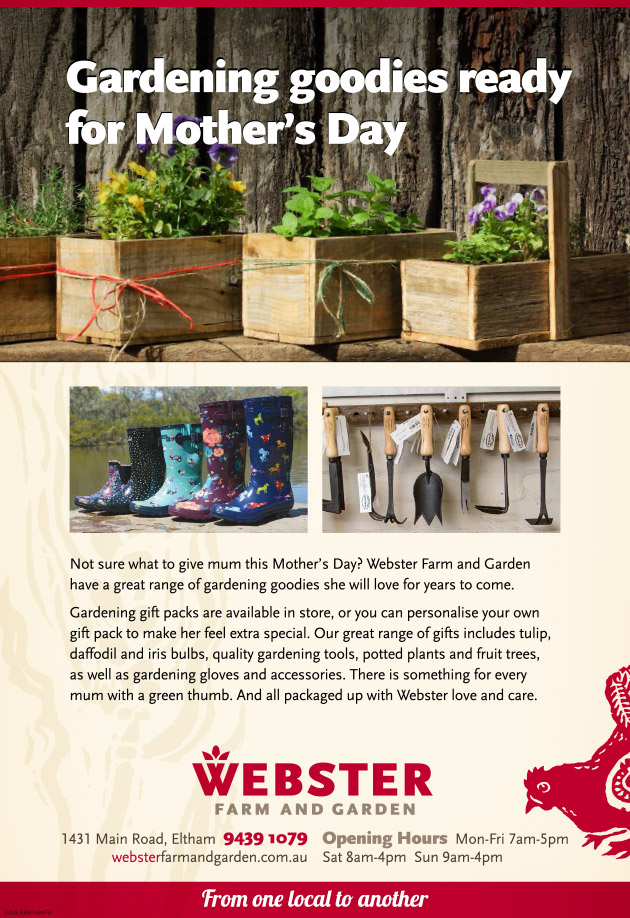 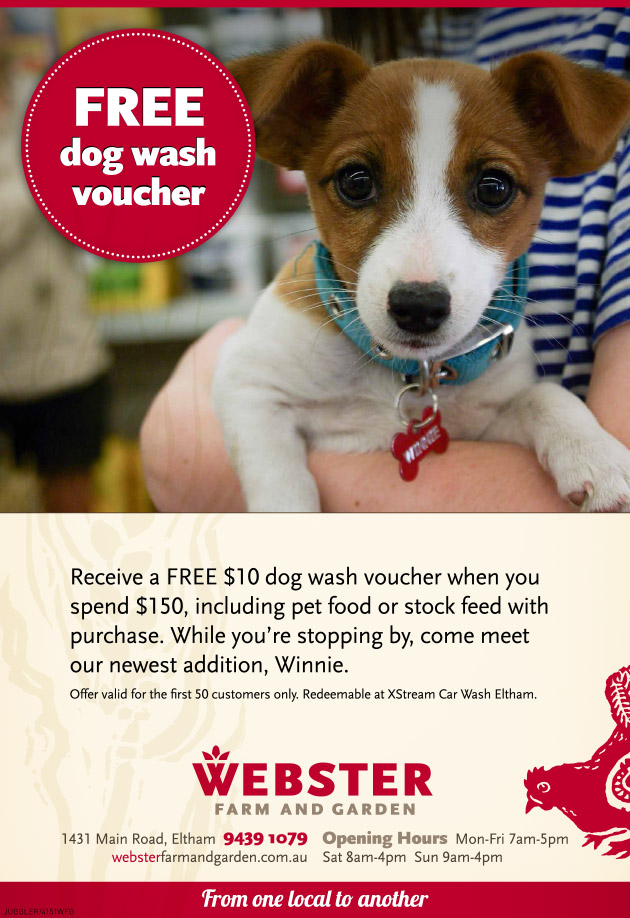 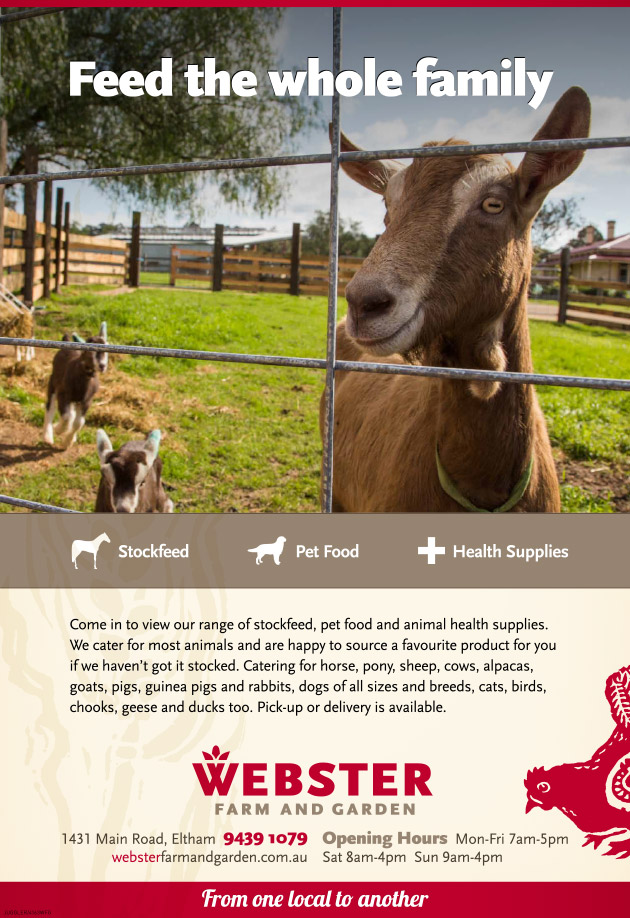 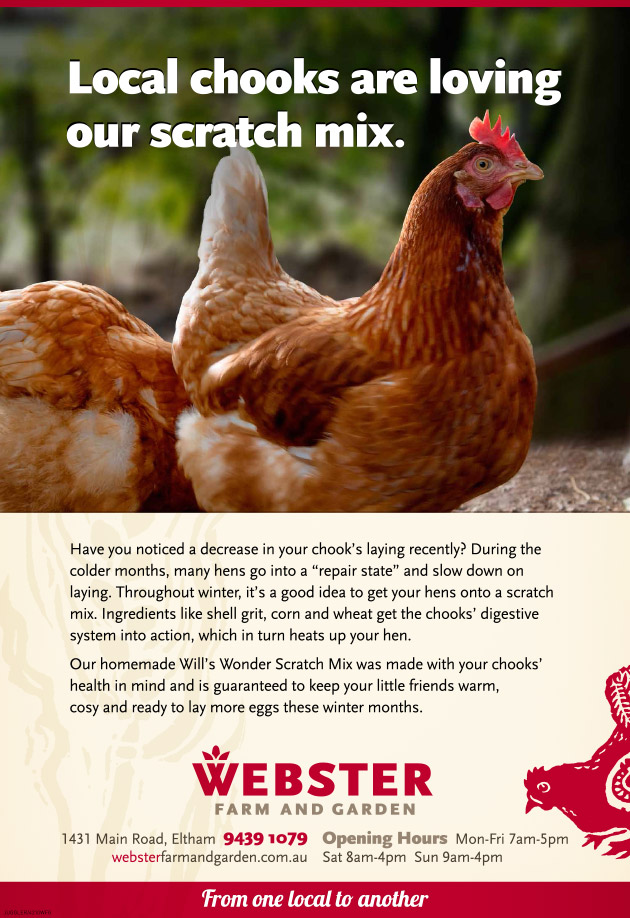 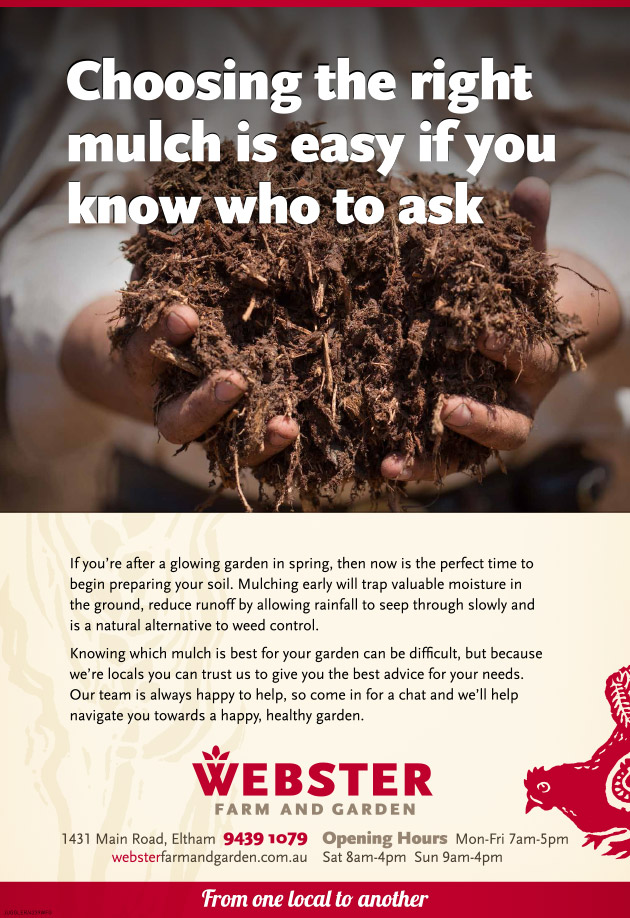